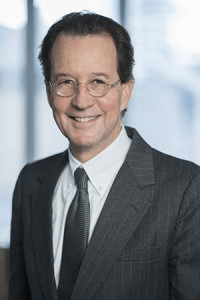 After working in the film and television industries in Vancouver and Los Angeles, Tony Baker obtained his
J.D. at the University of British Columbia in 1980 and moved to Toronto to article at the oldest
entertainment law firm in Canada: Rosenfeld, Schwartz (merged with Goodmans in 1981).
Tony was called to the Ontario Bar in 1982. His first position as a qualified lawyer was with First Choice Pay TV (Director of Legal and Business Affairs). In 1984, he started his own law firm and for over three decades he has operated a Solicitor’s practice, including the areas of wills, estates, real estate, and small business law. From 1989 to 1992 he taught “Alternative Dispute Resolution” at the Law Society’s Bar Admission Course and “Lawyer as Negotiator” at Osgoode Hall Law School.
From 1994 to 2006 (4 terms) he sat as a part-time deputy judge in Toronto’s Small Claims Courts. From
2005 to 2016 (3 terms : appointment by Order in Council) he sat as a lawyer member on Ontario’s Consent
and Capacity Board, an adjudicative tribunal with jurisdiction in the area of mental health.
Tony served as a Director on the Boards of Visual Arts Ontario and Classical Cabaret and sat on the Executive Committee of the Ontario Bar Association’s Media and Communications section.
His mediation practice includes estates, media & communications, real estate, small business & commercial, First Nations/Indigenous.